The current BTS Committee is made up of the following people 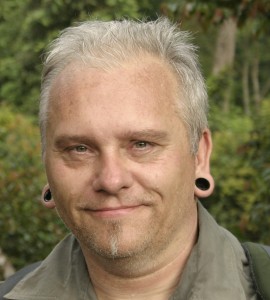 Peter is the longest serving committee member of the BTS.  He specialises in the genus Poecilotheria and the author of several papers.  His role is to steer the BTS and to ensure it remains at the forefront of the hobby.

Ray has served the BTS for over twenty years and during that time has organised the highly successful BTS Exhibition with wife Angela.  They have recently taken  back over the  administration of the BTS membership and remain committed to the hobby and the society.  His passion  for the Asian tarantulas of the genus Haplopelma and Selenocosmia has led himself and Angela to travel to South East Asia many times. Ray is a natural history lecturer and spends as much time as he can lecturing on cruise ships.

Angela has held the position of BTS Secretary for many years and continues to promote the society at events throughout the country.  She is known as “Tarangela” by her colleagues at Drusillas Zoo and specialises in the South American species of tarantula.  She has been keeping and breeding tarantulas for over thirty years.

Stuart is a biologist with a PhD in genetics.  He has  recently taken over the role of treasurer and it his job to ensure that the BTS administrates its funds accordingly.  He is currently Honorary Research Associate at Oxford Museum of Natural History and began keeping tarantulas in about 1993.

Mark has been with the BTS for many years and runs the BTS Website. He was instrumental in making the BTS the first tarantula society in the world to have its own web presence.  He continues to strive to keep the BTS at the forefront of the web.  Mark has lead many expeditions to Malaysia, Sarawak and Sabah. He is also a fine tattoo artist !

Although Kim admits that she doesn’t really like tarantulas she organises the successful BTS Lectures that are held in Bristol each year.  The lectures are an opportunity to listen to and meet some of the worlds leading arachnologists.

TV’s Martin Nicholas as he is known to the BTS has the unenviable role of PR.  He is often contacted by the media when a potential tarantula story breaks.  His secondary role is the marketing of the BTS Merchandise.

Ray is well know to many of you and along with his partner Anne they bring new ideas and experience to the BTS.

Mike and Katherine have taken over the role of membership administrators. It’s a thankless task but theses guys are good.

We welcome back our old friend JP and his lovely girlfriend Sammie.JP is no stranger to the hobby and has been around longer than most of us.